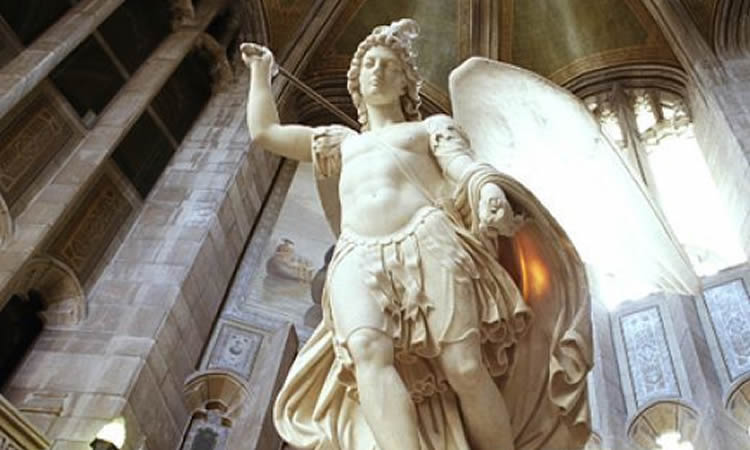 Okay here is how it goes, and again I have to stress that what the Catholic Church teaches definitively is that God created the angels, and some disobeyed him. The rest are mostly the consensus of theologians such as St. Thomas Aquinas.

Theologians believe that God told the angels that the Second Person of the Trinity would become man. Therefore, the angels would have to worship him as a man. You might be tempted to say that the only reason why God would become man was to save man. So if the angels have not yet fallen, then man would not be tempted, and there would be no need for God to become man because there was nothing to save. Pretty convoluted, right? But God does not experience time linearly the way creation does. Instead, he experiences all time in the present. This means he already knows everything creation would do even before he created it. He would have seen the fall of the angels, and the fall of man and would have already built-in the salvation of man even before he created man or angels.

Since angels are higher creatures than humans, they would have found this abhorrent because they will have to worship a being that is lower than them. To add to this, God also told them that the woman that would give birth to God the Son will be their queen. Double trouble, no? Not only will they worship a human, but the queen they will have to serve will be human as well!

Unable to swallow this, Satan and his companions said they would not serve God.

At that point the angels chose separation from God, and will be separated from him for all eternity.

And because they are bitter of their state, they tempt us to disobey God as well. Our fall will not change their state, therefore it is a malicious attempt to thwart God’s good plans for us.

Angels
Share this Post:
Previous Article
What is the difference between the Catholic Bible and the Protestant Bible? Which one is authentic?
Next Article
How do we know God exists?