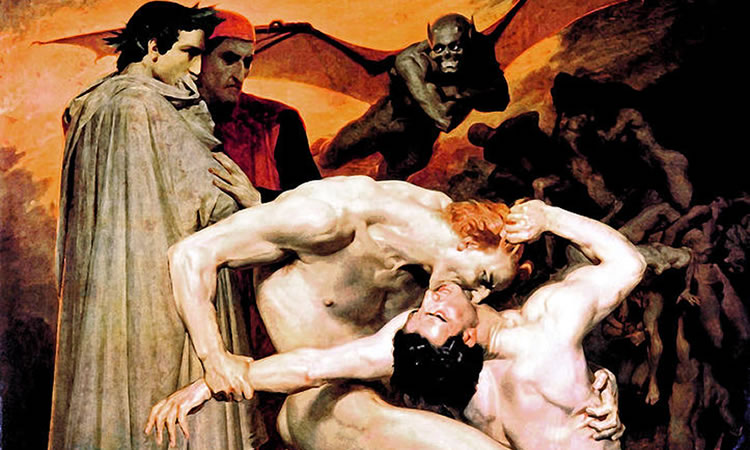 I wish I could answer differently, but sadly, yes, there is a hell. We define hell as a state of separation from God. At the beginning of creation all things were in communion with God. Therefore, at that time there was no such thing as hell.

Before man was created, God created the angels. (We know this because an evil angel tempted Adam and Eve, thus they had to be created prior to mankind.) Because God loves all his creatures without condition, he allowed them to show their love back. For spiritual creatures that have no bodies, the only way an angel can do that is through obedience. In order for there to be obedience, there must be a command. So God gave them a command. We are not sure what it is (scholars have an idea, but that is a discussion for another time) but Satan and one-third of the angels did not want to obey.

Because their decision is irrevocable, they would never want to obey God. Because love is a choice of putting someone else above yourself, they would never put God above themselves through obedience. In short, they made themselves their own gods (which is what we do, by the way, whenever we sin – we separate ourselves from God, which, by definition, is hell .)

So a state of separation from God was created by the disobedience of the“fallen" angels. Hell was“created", not by God, but by Satan and those angels that followed him.

God Judgment Scripture
Share this Post:
Previous Article
I see God's name as Yahweh in some books, and Jehovah in others. What is God's true name?
Next Article
If the Ten Commandments tell us to remember the Sabbath, which Jews do on Saturday, how come Christians do it on Sunday?