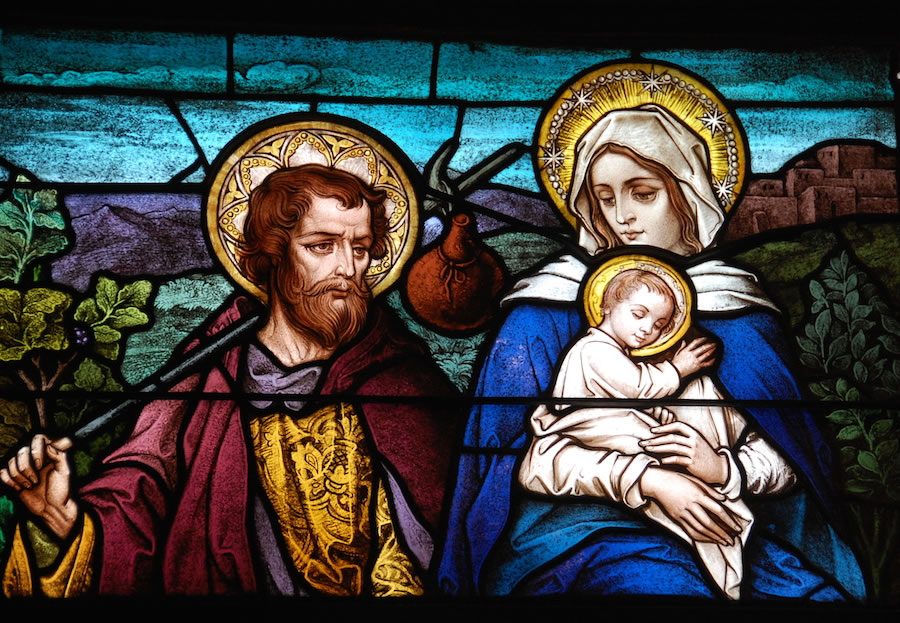 In our current liturgical calendar, the Sunday within the Christmas Octave is when we celebrate the feast of the Holy Family. This commemoration started in the 17th Century with the purpose of presenting the Holy Family as the model for Christian families.

In our reflection, it might come to our mind to ask what qualities of the Holy Family we are being asked to emulate. If there is one quality we need to emulate it is trust. The Catechism tells us that the sin of Adam and Eve, the first family, is that they allowed their trust in God to die in their hearts. (CCC 397) In simpler words, they preferred to trust in their own wisdom, and not in God’s. The consequence is doing what they felt was right instead of doing what they told was right. The Holy Family shows us quite a stark opposite.

Consider that Mary was invited by the Angel Gabriel to be the mother of the Messiah despite being betrothed to Joseph. To carry someone else’s child at this stage in her relationship with Joseph can be considered adultery and is punished by stoning.  Despite no other instruction from the angel, she agreed to God’s invitation knowing full well she could be stoned to death for adultery. She gave God all her trust and abandoned her life to his will.

Consider Joseph being asked in a dream to be the father of this family. When the angel asked him to name Mary’s child “Jesus”, it was basically asking him to be his father. See, in the Jewish tradition of that time, a child is given a name during circumcision. The man who gives the name is “adding” the child’s name to his ancestors’ names. So when Joseph, an ancestor of King David gives Jesus his name, he makes Jesus a “son of David” too. Despite not knowing what was in store for him in the future, Joseph accepted this task with trust.

Consider Jesus when he got lost in the Temple, it was clear to him that he must be about his Father’s business – referring to God the Father. Yet “he went down with them and came to Nazareth and was obedient to them...” (Luke 2:51)  Imagine our Lord obeying his parents despite being God and King of the universe whom we must obey. His human nature trusted God, and his divine nature trusted the Father.

If God asked them to do things for him, we might be tempted to think he should lavish them with comfort. After all, why make it hard for them? But we see difficulty every step of the way. Mary had to give birth in a manger. Because of the census, every square inch of space in Bethlehem was taken. Joseph knew Mary needed the privacy to give birth and so he accepted a place which was not acceptable by any human to take.

When the Magi came to visit, the theologian Frank J. Sheed points out (in his book The Know Christ Jesus) that the family is already in a house – alluding that the census was already over. He goes on to comment that the Gospel doesn’t record St. Joseph being there. It would be insulting if the writer doesn’t mention Joseph, so Sheed says that the simple explanation is that Joseph wasn’t there at that moment. But if he wasn’t there, where was he? Working, Sheed says.

Consider a carpenter like Joseph who has a workshop but is forced to go to Bethlehem. That carpenter must find work by leaving the house knocking on door to door peddling his services. Consider too that an angel woke him up in the middle of the night to flee to Egypt where he, once again, must establish his trade. This happened one more time many years later when an angel told him to return to Israel where he settled in Nazareth.

The lesson that the Holy Family shows us is that holiness does not exclude us from discomfort and suffering. God will not spare us the aches and pains of life even if we are children in his larger Holy Family. He doesn’t spare us from these not because he isn’t merciful, but because he uses these in a larger plan that we mere mortals may fail to comprehend.

At that time the Holy Family did not understand why Jesus had to be born in a cave in Bethlehem. Yet they trusted God’s wisdom that Christians only, later on, saw as the beautiful poetry of Jesus secretly born in a cave, and “reborn” secretly in the cave of the Resurrection. He was born in Bethlehem, which means “house of bread” – a fitting name for a town that was the home of Jesus the “bread of life.” He was born in a manger – a feeding station for creatures – very much like the altar when we feed on the body of Christ. In fleeing the massacre by Herod, Jesus entered Egypt like the patriarch Joseph, and made his exodus back to Nazareth the way the Israelites did thus also fulfilling the prophecy that the Messiah would be a “Nazorean.”

Just like an opera where groups of notes recur, again and again, the Holy Spirit today guides us to discern that these similar events are not mere coincidences but recurring “notes” of God’s salvific opus. Seeing a great plan unfolding bolsters and feeds our faith today in a way Joseph and Mary had no way of seeing then. And so we must trust God in everything even if things seem bleak, or impossible to understand. God has a plan and it is a loving plan. It is a plan the Holy Family trusted even if the minute details were not revealed to them; and if they did, why shouldn’t we? “Have faith. Do not be afraid. Trust in God.” That’s what the Holy Family is showing us to follow. 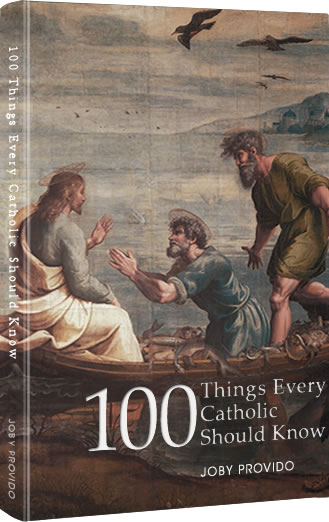