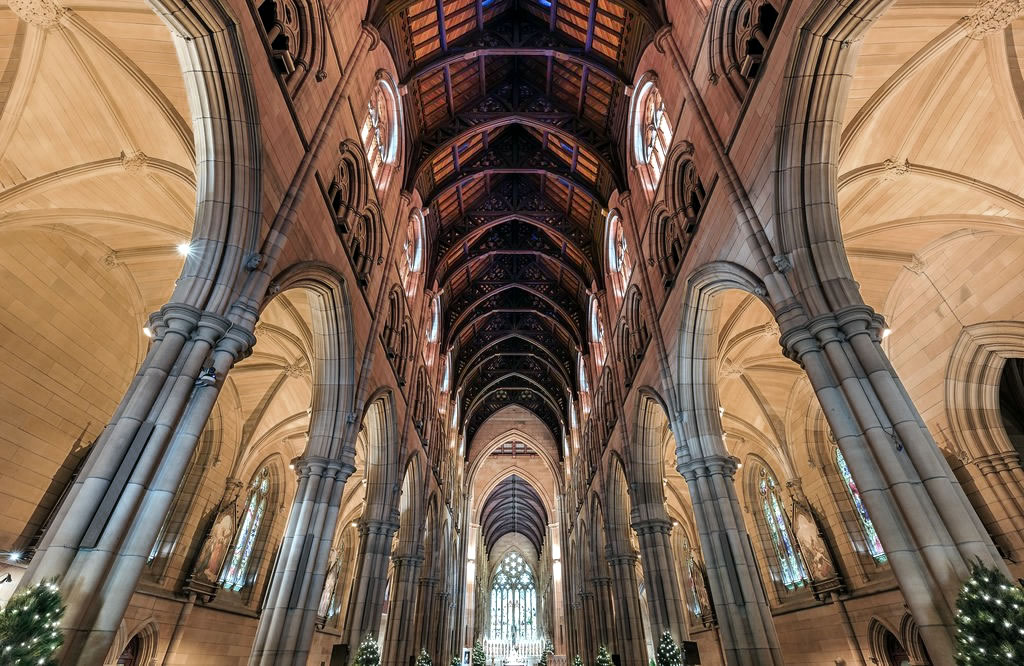 When visiting older Gothic (or Gothic-revival) style churches, one cannot but ignore the beautiful vaulted ceilings. In some churches, they leave part of the ceiling exposed so you can see the wooden beams.

This is symbolic and not due to a lack of funds. When we see the exposed beams we are meant to see the keel (bottom) of a ship. Imagine a ship stripped of everything expect the bottom structure, then turn it upside-down and stick it to the ceiling. That is what we are intended to see. 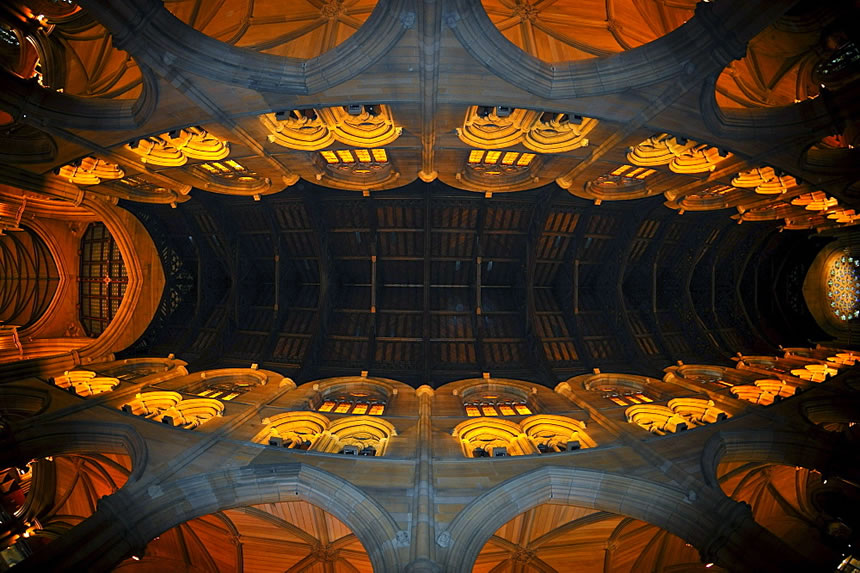 ​
Part of the ceiling of St. Mary’s Cathedral in Sydney shows exposed beams to remind us the church is a ship.

Some churches have the exposed beams running the entire length of the church, and if not, it is usually found above the nave. The nave is the area where the pews are located. In large churches, the nave is flanked on the left and right by smaller aisles.

The symbolism of the ship comes from one of the metaphors of the Church. In the story of the Great Flood in Genesis, only those who were in Noah’s Ark were saved from death. It foreshadows the Church as an Ark that “navigates safely in this world” to bring those in it to a destination where death does not exist – which we understand as salvation. (CCC §845) It shouldn’t be startling that a dove heralds new life in the Genesis story, while a dove also heralds our new life in Christ, during his baptism. (Genesis 8, Matthew 3:16)

Many episodes in Christ’s life are linked with boats where we can find some meaning of the Church in it. For example, it is from an episode in Peter’s boat that Christ promised Peter would no longer catch fish, but catch men. (Luke 5:1-10) And, for as long as Christ is in the boat, he wouldn’t allow it to sink (Mark 4:35-40), just like he promised “the gates of the netherworld” will not prevail against the Church. (Matthew 16:18) ) It isn’t surprising, then, that the boat became an early Christian symbol and found its way into church architecture and terminology. For example, the word nave comes from the Latin navis, which means ship. Another example is the container of incense is called navicula, that means boat.

Scholars like to go a bit further and liken the Church to Peter’s boat because Christ would preach from the boat of Peter (Luke 5:3), and we revel in the thought that Christ’s words are still preached from that same boat today. 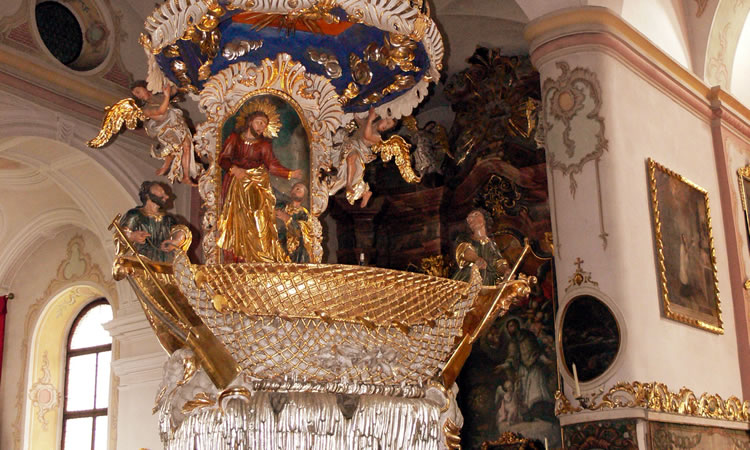 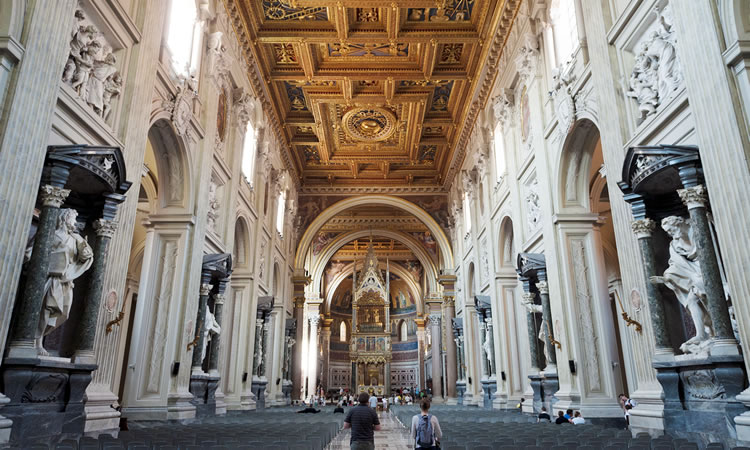