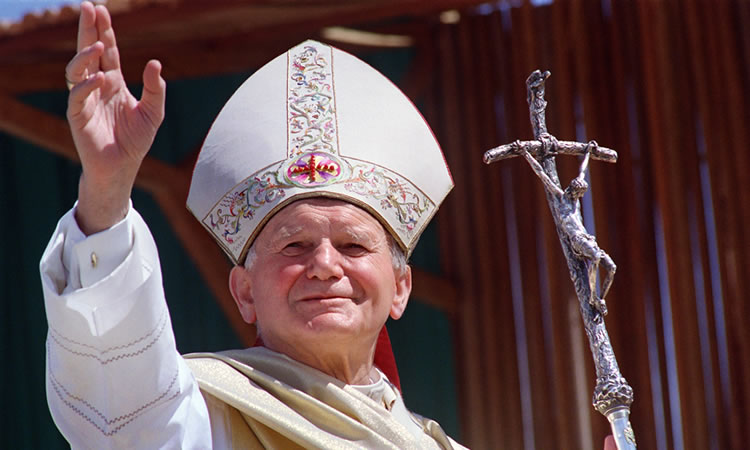 Yes, because infallibility and impeccability are two different things and can be independent of one another.

Infallibility, on the other hand is the gift  from God that prevents the current Pope from ever making a mistake in issues of Faith and morals.

It doesn’t mean the Pope knows everything. It doesn’t mean he can foretell the future or prophesy the winning numbers of the National Lottery. It is not a“positive" gift in the sense that it renders correct every statement the Pope speaks, no. The charism of infallibility is a“negative" gift. What it does is it PREVENTS the Pope from making wrong decisions on Faith and morals.

Infallibility is a gift, like all other graces are gifts. If God gave grace only to non-sinners, then no one would be able to receive grace because we are all sinners. This is why the Pope can be a sinner, and still have the charism of infallibility.

Why do Catholics believe this? Because Jesus gave Peter the keys to loose and bind, and that the gates of hell will not prevail against her. (Matthew 16:17-18) In the Davidic Kingdom, there is this high ministerial position that is second only to the King. Whatever decision the person in this position makes is as good as the King’s decision itself. We see it in Isaiah 22:15-25. In those verses we see Shebna being replaced by Eliakim for the position. The Lord says in these verses,“I will place the key of the House of David on his shoulder;what he opens, no one will shut,what he shuts, no one will open.” The verses from Matthew and Isaiah sound so alike because Matthew meant us to grasp that it was a custom from the Davidic kingdom.

This is the exact same position Jesus confers on Peter. It is a position that is replaced by worthy people. In fact Peter himself follows this custom when, after Christ’s Ascension, Peter asks the apostles to vote on the replacement of Judas because it became vacant. The position of Judas went to Matthias.

Following the same principle, and since Jesus is a king in the line of David – a Davidic King – the same customs of the Davidic kingdom apply. So when Peter vacated the position, another took it, and we know his name: it is Pope Linus around the year 67 A.D. This position has been filled every time it is left vacant by death or abdication. (http://en.wikipedia.org/wiki/List_of_popes contains a list of the Popes since St. Peter.)

From Isaiah, the Lord says that the person who sits in this position“shall be a father to the inhabitants of Jerusalem,and to the house of Judah.” It is a fatherly position, and this is where we get the word Pope, from“papa", which means father. The role of the Pope is not there to“lord" over us, but to teach, care, and tell us the truth as every good father should. Thank, God, he gave the Pope the gift of infallibility to fulfill this.

Authority Doctrine Pope
Share this Post:
Previous Article
What does it mean there is no salvation outside the Church? Does that mean if you are not in the Catholic Church you will not be saved?
Next Article
Please tell me more about the command God gave the angels. Also why can't they repent and be obedient after that?

So how can you say the Catholic Church is good if its members are sinners and it had bad Popes?