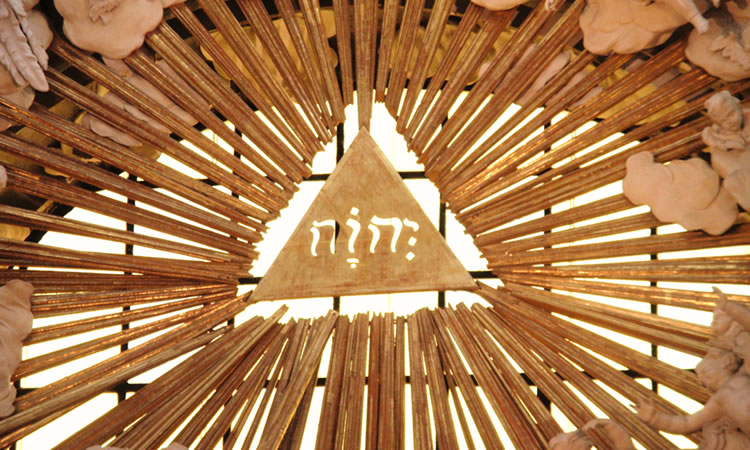 It is Yahweh. But let me point out that this is not God’s name but what he answered Moses on Mt. Sinai. See, people at that time believed in many gods, so Moses was curious as to which god was telling him to go to Pharaoh to release his people. God answered,“I am what I am.” It is not a name but his nature. By telling Moses this, he is saying he is existence itself. In other words everything comes into existence because of him, therefore he is THE God.

So where did“Jehovah" come from? Well, the Hebrew translation of God’s“name" is written as YHWH because they didn’t use vowels. The second commandment (at least the way St. Augustine enumerates them) commands us not to use God’s name in vain. The Hebrews, therefore, in fear that they might accidentally misuse God’s Holy name, they said“Lord" whenever they read the word“YHWH.”

Today, our Old Testament has already been translated so that it uses“Lord" instead of Yahweh. This was not so with Hebrew scripture. When the Hebrew scriptures were being translated into Greek, the translators put the vowel sounds for“Adonai", which means“Lord", on top of the“YHWH" consonants. This was done so anyone who read“YHWH" would remember to read it aloud as“Adonai".

This worked perfectly well for those who knew about this. However, around the 13th Century, an uninformed scribe made a mistake in combining the Greek consonants and vowels as“Yahowah.” When“Yahowah" was further translated into Latin, it is“Jehovah.”

Sadly this mistake proliferates. But now you know two things: that God’s“name" is Yahweh, and why we have come to use the word“Lord" to address God.

Scripture
Share this Post:
Previous Article
If the Bible is just one message then how is it that the laws in Leviticus are not being followed by Christians?
Next Article
Is there a hell?