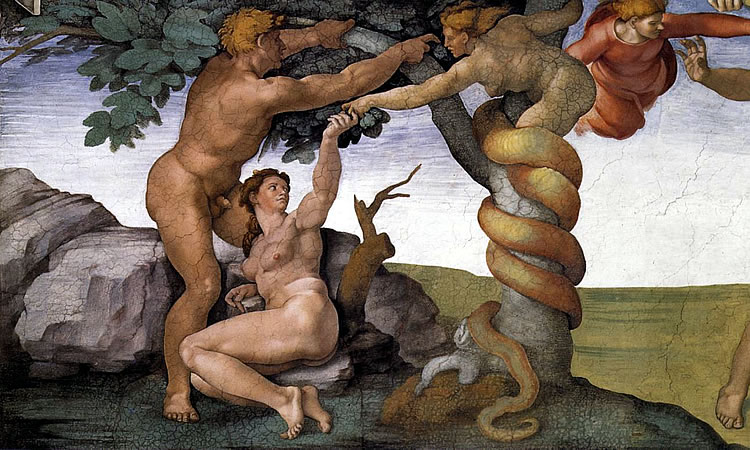 God knows everything. That is one of his divine attributes. Another attribute is that he transcends time. That means he isn’t bound by time. See, time is a measure of change, and since God is perfect, there is nothing that can be added or removed to make him more perfect. That is why we say God is unchanging.  Before he flung the universe into existence, there was nothing that changed so he lived and continues to live in a state that is time-less.

The question then is why would he even attempt to create anything if he knew we would fall? Well, because another attribute of God is love. He just doesn’t love us. He isn’t just the one who loves unconditionally. No, he is love itself so he can’t help but love us. But how do we know this?

Since God is perfect, he doesn’t need anything. Since he doesn’t need anything, he doesn’t gain anything by creating us. And even if he knew his creation would go against him he still created us. He still created us because he wanted us to experience his love as a gift. He wanted us to taste the good food, see the beautiful sunsets, hear heartwarming music, smell the fragrant bouquet of wine, and feel the love in someone’s embrace. He still created us because he knew that the universe is better with us than without us.  Saint Thomas Aquinas expressed it well: “Creatures came into existence when the key of love opened His hand.” (CCC 293)

When one is loved, the appropriate response is to love back. Love, however, requires free will. If someone is forced to love back or is programmed to love, then it cannot be called love. It is enslavement. So that humankind could truly love God back with no impediments, we were given free will. But the very nature of free will allows the possibility of disobedience, and disobedience is the result of temptation. From the Genesis story, we read that Adam and Eve disobeyed God when they were tempted by the serpent. We shouldn’t make the mistake of thinking God sent the serpent to tempt them. That can’t be because God is all good, so he can do no evil. It is the devil alone who was behind the tempation. His malice to bring down all of creation, out of envy, moved him to tempt Adam and Eve.  The only thing God did was allow the devil to seduce them. And that is the crux of this question.

Because God allowed this temptation, humankind fell. As a result, humankind required a savior in the form of Jesus. We use the word “required” very loosely because God could have just forgiven us and that would have been the end of it. But if he did that, we wouldn’t have a savior.  Instead of forgiving us outright, he chose to become human that led to his suffering, crucifixion, and death. And so we ask the penultimate question: Why would God allow Adam and Eve to be tempted if it would lead to his own suffering on the cross? Why did God choose to suffer if he could have just forgiven us in the first place?  It is because he loves us so much that he wanted to be with us in a tangible way in the person of Jesus. So whether in our innocent state in the Garden of Eden, or in our fallen state, God wants to walk side-by-side with us. If imperfect humans are willing to make sacrifices, like giving up their life-savings just to be with the ones they love, how much more is God willing to give up his life to be with us whom he loves perfectly?

The question, “is God stupid,” isn’t new. The Church Fathers have wrestled with that long ago and were enlightened to declare that the fall is the felix culpa, “happy fault” of Adam and Eve. It is“happy" for it “required” God to be one of us. So yes, God made himself “stupid” out of love for us. God constantly does foolish things like blinding himself. We were made in his image (don’t children look like their parents?) But even if sin scars us so that we no longer look like him, he blinds himself to see past the disfigurement so he can recognize us as his beloved children. How foolish is that?  But what others see as foolishness might be seen as love by others, “for the message of the cross is foolishness to those who are perishing, but to us who are being saved it is the power of God,” (1 Corinthians 1:18).

As a result of Adam and Eve’s temptation and fall, the body of Our Lord was bruised. pierced, and drained of his lifeblood.  And when Our Savior ascended to heaven, he brought with him his body that was scarred by the Passion. Today, the wounds of our Lord continue to plead for mercy for us from Our Father in heaven. It will continue to do so until the End of Time. Is this foolishness? Maybe – depending on how you see it considering he didn’t have to allow Adam and Eve to be tempted or if he just forgave us straight away. Is it love? There is no room for debate. Unequivocally, yes.

Angels God Jesus Salvation Suffering
Share this Post:
Previous Article
Will there be sex after the Last Judgment?
Next Article
Why is there a feast for the Holy Name of Jesus?