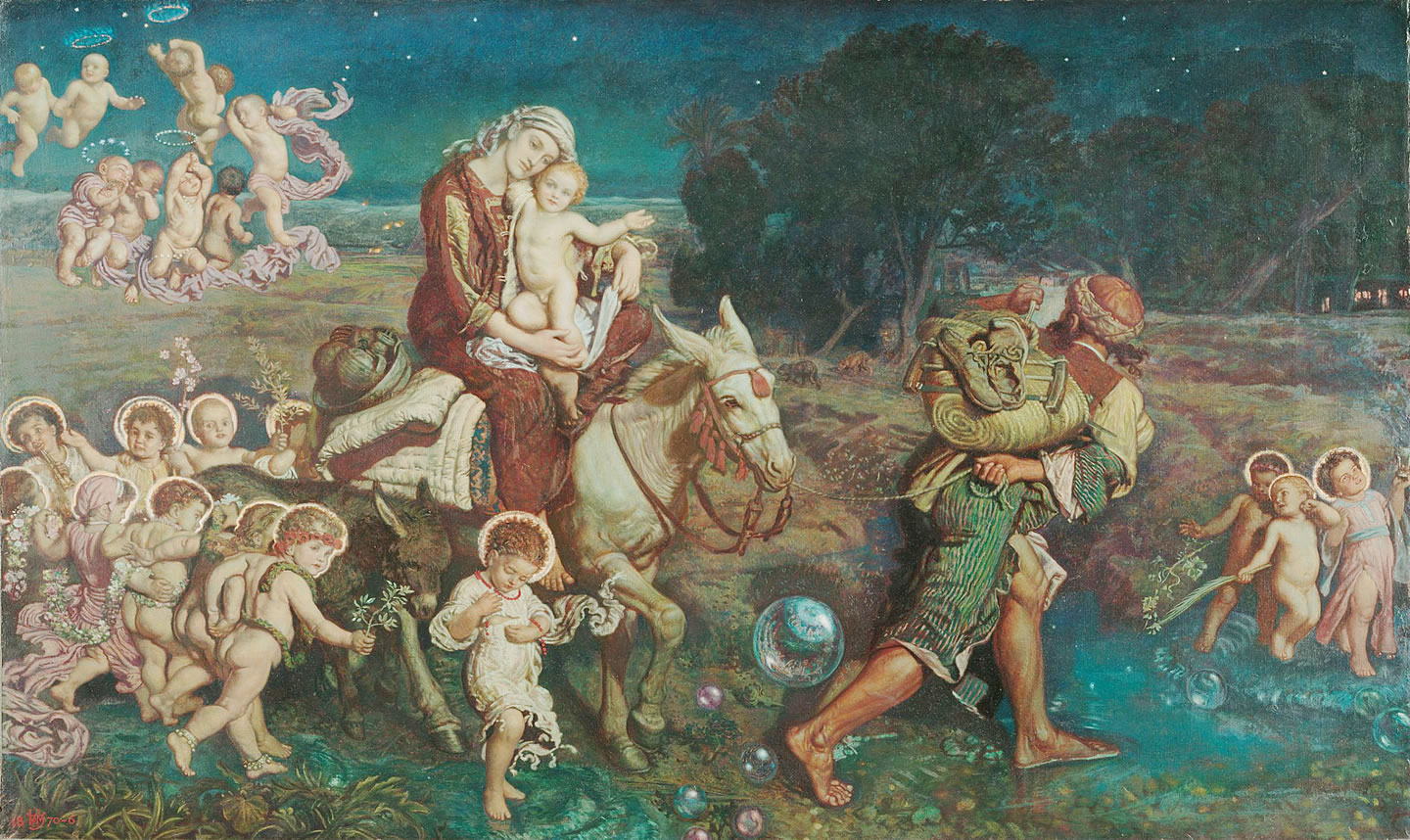 If one still thinks the Christmas story is cozy, it is really anything but that. Consider that Mary had to give birth in a manger only later to be hunted down by the minions of a murderous king. In that episode, Saint Joseph was given a message in a dream, and on that same night fled to Egypt – and one knows the danger of traveling at night, what with bandits lurking around. And then to top it all, after they had fled, many male children were killed in Bethlehem (you have to read Matthew 2:13-18 to appreciate this).

By that time of Christ’s birth, King Herod was an expert in murder to preserve his crown: he killed King Hyrcanus who was his father-in-law, and Alexandria his mother-in-law. For the same reason, he had also murdered Mariamne his wife, and his two sons. He would eventually murder his third son. So when the magi came to his domain looking for the “new king” he was naturally terrified.  So when his plan to kill this new king failed because the magi did not come back as they agreed, he sent his troops to Bethlehem to wipe out all male children two years and below. He ascertained that this new king could not escape such a malevolent attack. The Gospel of Matthew refers to an Old Testament verse of the lamentation caused by this carnage: the weeping of Rachel.

When Israel had fallen back to idolatry, they were subdued by several forces such as the Assyrians and Babylonians who exiled the learned people out of Israel. (A great tactic so that the threat of rebellion in Israel would be greatly lessened.) Jeremiah refers to Rachel, the symbolic mother of Israel, weeping when her “children” were brought into captivity. “In Ramah is heard the sound of sobbing, bitter weeping! Rachel mourns for her children, she refuses to be consoled for her children – they are no more!” (Jeremiah 31:15)  But as any synagogue-going Jew knows, this passage of the prophet is not about mourning, but the end of mourning. Jeremiah continues, “Cease your cries of weeping, hold back your tears! There is compensation for your labor – oracle of the Lord – they shall return from the enemy’s land” (Jeremiah 31:16)

It is no wonder St. Matthew sees the massacre of innocents as a fulfillment of Jeremiah’s prophecy if we consider that Christ had fled to Egypt (the enemy’s land) and would eventually make his own “exodus” back into Israel – the first of many when he bring the entire world into his kingdom, the New Jerusalem.

The painting about this shameless butchery is oddly called the Triumph of the Holy Innocents. The painter explained his painting as“embodied spirits of the martyred Innocents" accompanying the Holy Family in their flight to Egypt. He points out that the infant directly below Jesus shows a torn garment as a prefiguration of Christ’s wound on his side during the crucifixion. The“airy globes" are symbolic of Israel’s dream of the union of heaven and earth when Christ, God, comes walking with mankind. The largest of these bubbles show a sleeping figure of a patriarch with“a ladder (to heaven), which is transversed by the servants of God.”

The children are not in anguish, but calm, serene, and happy as if they achieved something good; and they have for it is by this massacre that Jesus was saved from death. Because of their deaths (thinking the baby Jesus was one of the slain) Herod no longer searched for the Christ child. In his book To Know Christ Jesus, The theologian, Frank J. Sheed, alludes that these innocents earn the special and singular honor of being the only ones who ever saved God’s life.

They can be considered martyr’s for they confessed Christ non loquendo, sed moriendo, not by speaking, but by dying. (St. Thomas Aquinas’s commentary on Matthew). And this is what the triumph is too: that they conformed to Christ’s suffering even before Christ’s Passion. For what is conforming to Christ if not following his example of taking the burden of others. We owed a great debt to God, a debt we couldn’t pay, but Christ bore it for us. The murderous rage of King Herod was meant for Christ, but the Holy Innocents bore it for him. Like these Holy Innocents, the saints have suffered injustice without resorting to violence; it is bearing injustice for others that make them like Christ. We, too, are called to be saints; and we, too, are called to bear the burdens of one another.