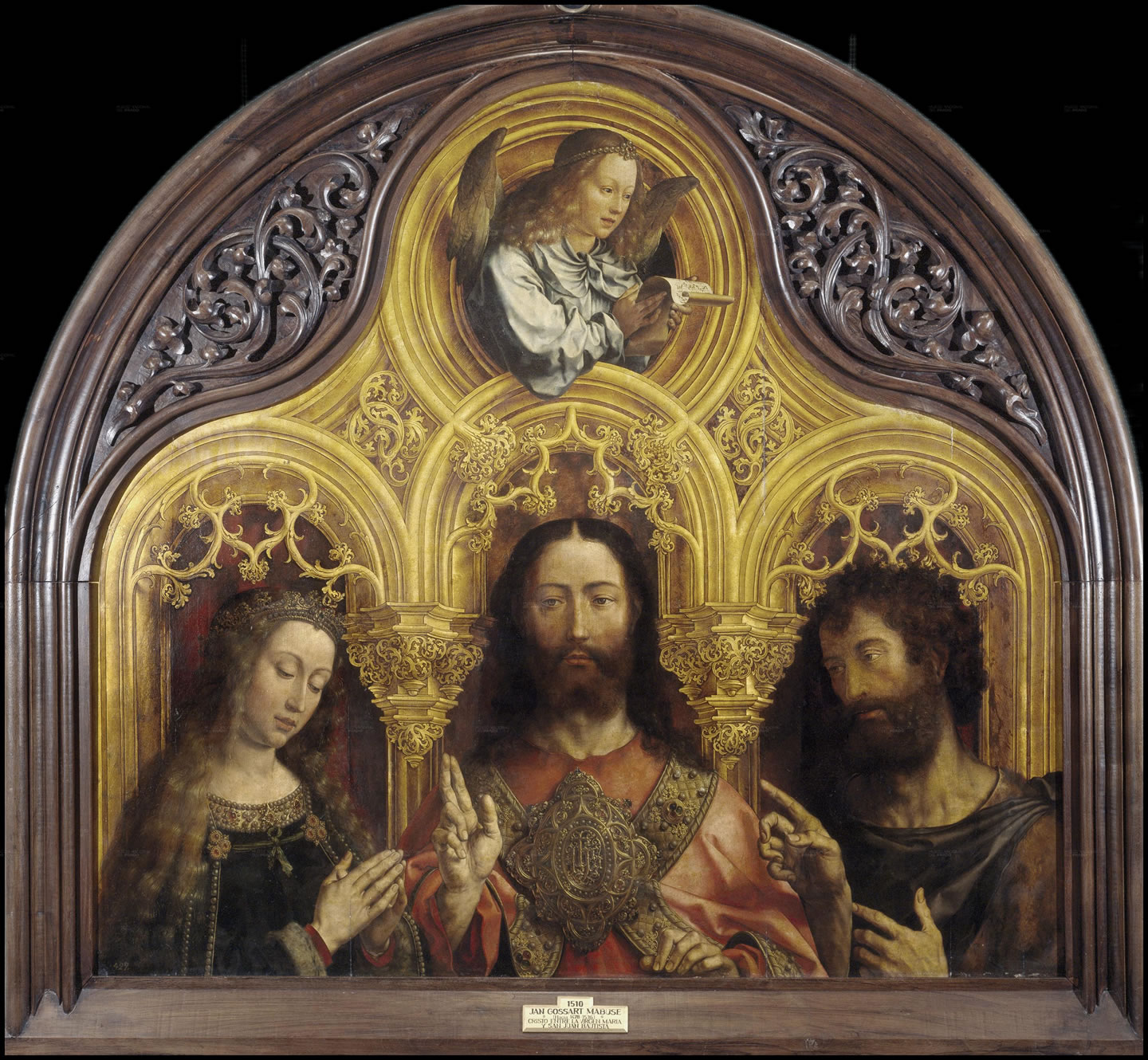 In 313 A.D. Christianity became a tolerated religion when Constantine signed the Edict of Milan. Years later he decided to create a “new Rome” in what is today known as Istanbul in Turkey and named it Constantinople after himself.

Before he renamed it, the city was known as Byzantium. It was a great city because it was the center known for spice trade and art. When it was “Christianized” a lot of European religious art was influenced by the Byzantine style.

One of the unique images that came out of this “Eastern” style is the Deesis. It comes from the Greek word that means “prayer” or “supplication.” It is quite distinct because we usually see Christ enthroned in the middle with Mary on his right (our left), and John the Baptist on his left (our right) with one or two hands opened as if begging – thus the “supplication.”

The two figures were chosen for their privileged role as the first eye-witnesses of Christ’s divinity. Scholars say this composition also shows his kingship as rulers were enthroned in between two interceding courtiers. The physical position Mary on the right side of Christ is doubly important for it is a position of power. Even today we idiomatically use the phrase, “right-hand-man” to refer to closeness. It can’t be overemphasized that, in the Davidic Kingdom, the throne of the queen was on the right side of the king. (We can read of this in 1 Kings when Solomon positions a throne for his mother, the queen mother, on his right.) This is why whenever we see an image of Christ as king, Mary is always on his right. 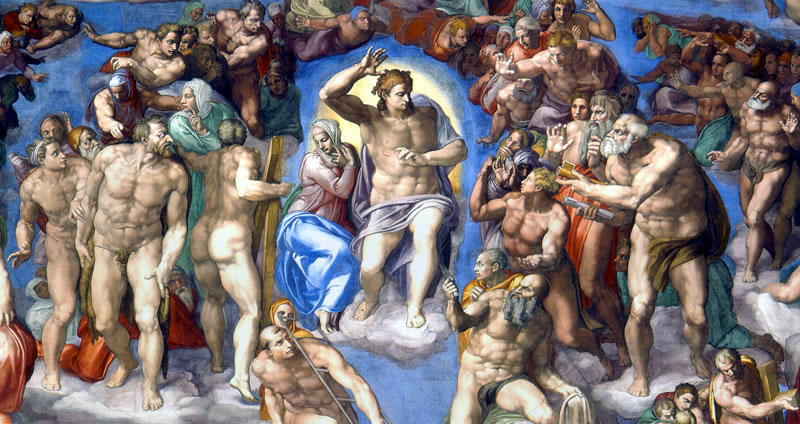 As this style caught on, more and more figures flanked Christ. Symbols of the four evangelists were added, and then other saints were added. Soon entire paintings were filled with saints all imploring the aid of Christ. This would evolve in Western art where eventually we see the deesis in paintings of the Crucifixion.

More and more saints were added to the deesis 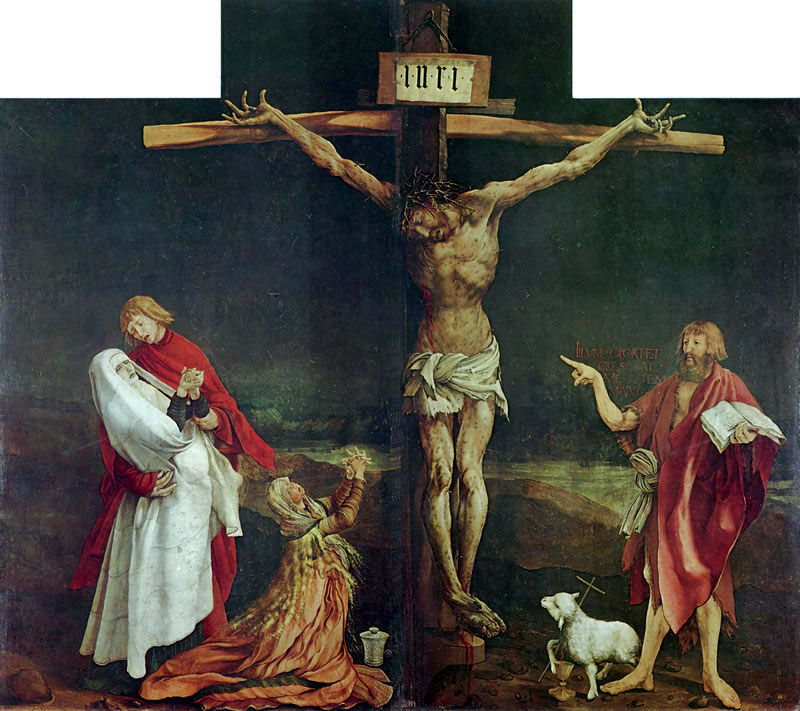 The deesis is a reflection of what Catholics believe, too. We believe in the Communion of Saints, wherein the Church of Christ is composed of both the living and the dead. Those ahead of us, in the friendship of God, can intercede for us.

Some Christians sects misunderstand it when Catholics pray to angels and saints for intercession. The misunderstanding is in the word “pray”, which some believe is only reserved for God alone. Catholics argue that while worship is a type of prayer reserved for God alone, the word “pray” also means “to ask.” In the older versions of the King James Bible, for example, Bathsheba uses the words,“I pray thee” when interceding with Solomon her son. She isn’t worshipping Solomon; she is just asking. This is the type of praying we do with the saints – we ask them to bring our requests to God. We ask them to ask for us, and they do with outstretched begging hands. If those in heaven are those who learned to love while they were alive; how can they not beg for our good from the source of all that is good.

Christ, who is fully human, also interceded for us to the Father with his outstretched hands on the cross. He continually intercedes for us today with holes on his hands and with the scars all over his body that continually plead for mercy. Since we are his disciples, he is our model. What better way to be configured to him if not by praying for others. What better way to be another Christ if not by pleading with our sufferings for our good and the good of Christ’s Holy Church.

Share this Post:
⇐ The Ceiling of St. Mary's Cathedral in Sydney
The Creation of Adam ⇒