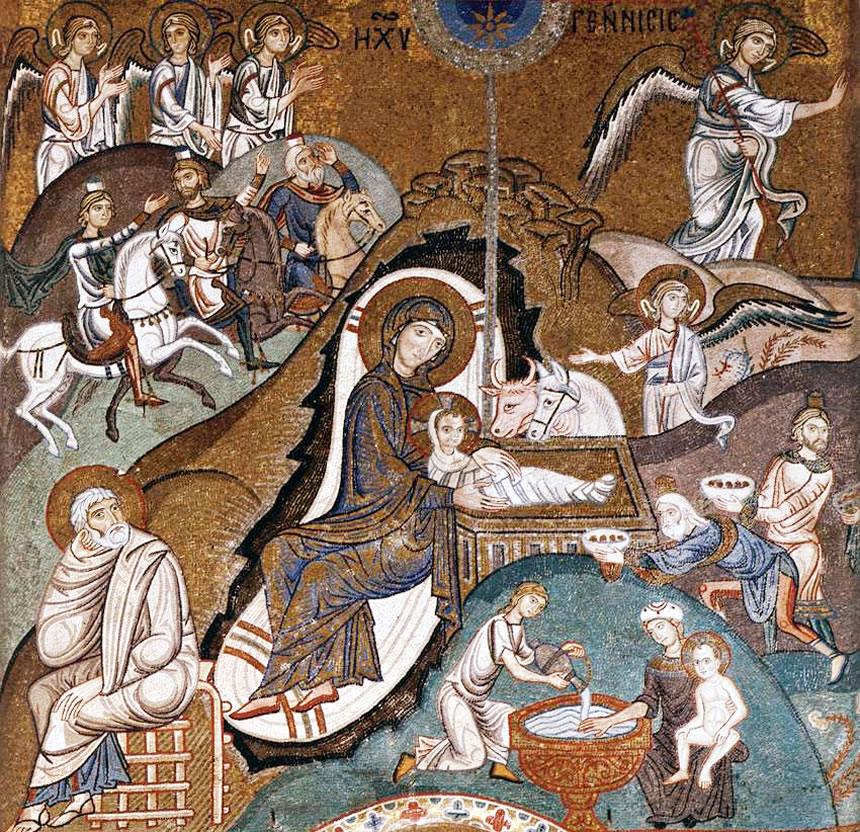 The story of Christ’s birth has its romanticized version of a cozy manger complete with ox and donkey,  angels appearing to shepherds, and the visit from three kings. They are represented in the nativity scene we display during the Christmas season, and we sigh with comfort as we remember this cute heart-warming story.

But as we immerse ourselves in Scripture, the Christmas story is nothing but harsh and at the same time awesome. It has nothing to do with cuteness or comfort as we shall explore.

A Disruption of Plans

At the beginning of Luke’s chapter we read of an announcement to Mary. We are told that she is betrothed to a man named Joseph. Betrothal for Jews at that time meant they could already live as husband and wife, and the only thing for the man to do was to bring his wife home to live with him. This was the plan of Joseph and Mary, but the annunciation of Gabriel changed that. Whatever they had prepared to do was disrupted by God’s plan. In fact, Mary, planning to live a chaste life, needed to find out how she would conceive, considering she wasn’t planning to have sexual relations.  “How can this be, since I have no relations with a man?” You can hear the pleading tone asking for guidance.

Joseph, too, was planning a quiet life with Mary, but realizing she was with child, he wanted to divorce her quietly, the Gospel of Matthew reveals to us. It is only through a dream that he realizes his new plan is to continue being the husband of Mary, and become the father of her child. (The naming of a child is a father’s prerogative, in Jewish tradition of the time. So when the angel told him he that he is to name the child, he was in fact being asked to be the child’s father.)

The point is, if they did not welcome this disruption from God, the Christmas story would have been different.

No Place at the Inn

Augustus Ceasar, wanting to do proper taxation, instructed the world, that was under his control, to go to their hometowns for a census. When Joseph and Mary arrived in Bethlehem, all the available space in the city was already taken. Any and all available space was rented out, and for sure some people took exception and shared rooms with others. But, as the Gospels tell us, the time for Mary to give birth was close. So Joseph could not agree into a room-sharing scenario because Mary needed some privacy. So we have to imagine that Joseph agreed to rent a place that was so uninhabitable that no one took it.

We are told it is a manger – a place where animals go to feed.  Small-“T” tradition tells us this was in a cave (from Justin Martyr and Origen). We can only imagine what that smells like. The imagery of a child in swaddling clothes is no comfy sight too. Pope Benedict XVI, in his book Jesus of Nazareth: The Infancy Narratives, explains that a child wrapped in bandages is meant to prefigure the hour of his death.  How morbid, no?

The swaddling clothes, scholars also say, is a reference to Solomon, the son of King David. In the Book of Wisdom (Chapter 7), Solomon writes about his birth being so humble he was dressed in swaddling clothes. This, of course, is a prefiguration of Christ who is called“Son of David", our God who with all humility became man.

In the nativity scene, we usually see an ox and donkey even if the Gospels do not tell us there were any. But this comes from Isaiah 1:3:

... the ox knows its owner, and the ass its master’s crib; but Israel does not know, my people does not understand.

It paints a gloomy picture because for millennia God has prepared mankind to receive the savior he promised; but when Christ is finally born, he is turned away for they do not recognize him. Only the ox and ass (presumably in a place where animals live, such as a manger, give him room.) That is no happy thought.

In a nearby field, the Gospel of Luke tells us that the birth of Christ was announced by angels to some shepherds. We also romanticize this scene but there is really more to it. Luke will constantly write about Jesus coming for all mankind – not just the Jews. This becomes quite evident when he writes the book of Acts where even the Gentiles are invited into the Church. But here is the introduction to that message. See, shepherds, during the time of Jesus, were considered undesirable. They were thieves, and cheaters – sinners. The elite Jews wanted nothing to do with them. So when we are told that the first people who were told of Christ’s coming where shepherds, that should tell us that he came for the salvation of all sinners.

After the announcement, a host of angels appeared and sung the famous Gloria. Bishop Robert Baron emphasizes that “host” is the English translation we use, but the Greek word used is “stratias” that means “armies.” So it should complete the picture of Gabriel’s announcement to Mary that her son would be a Davidic King, and this, this is his army. Augustus Ceasar may rule most of the known world at that time, but this child in contrast, is the true ruler – that is the message. That is an awesome perspective indeed.

In this Russian icon made in the 1500’s, we can see angels depicted in battle formation.