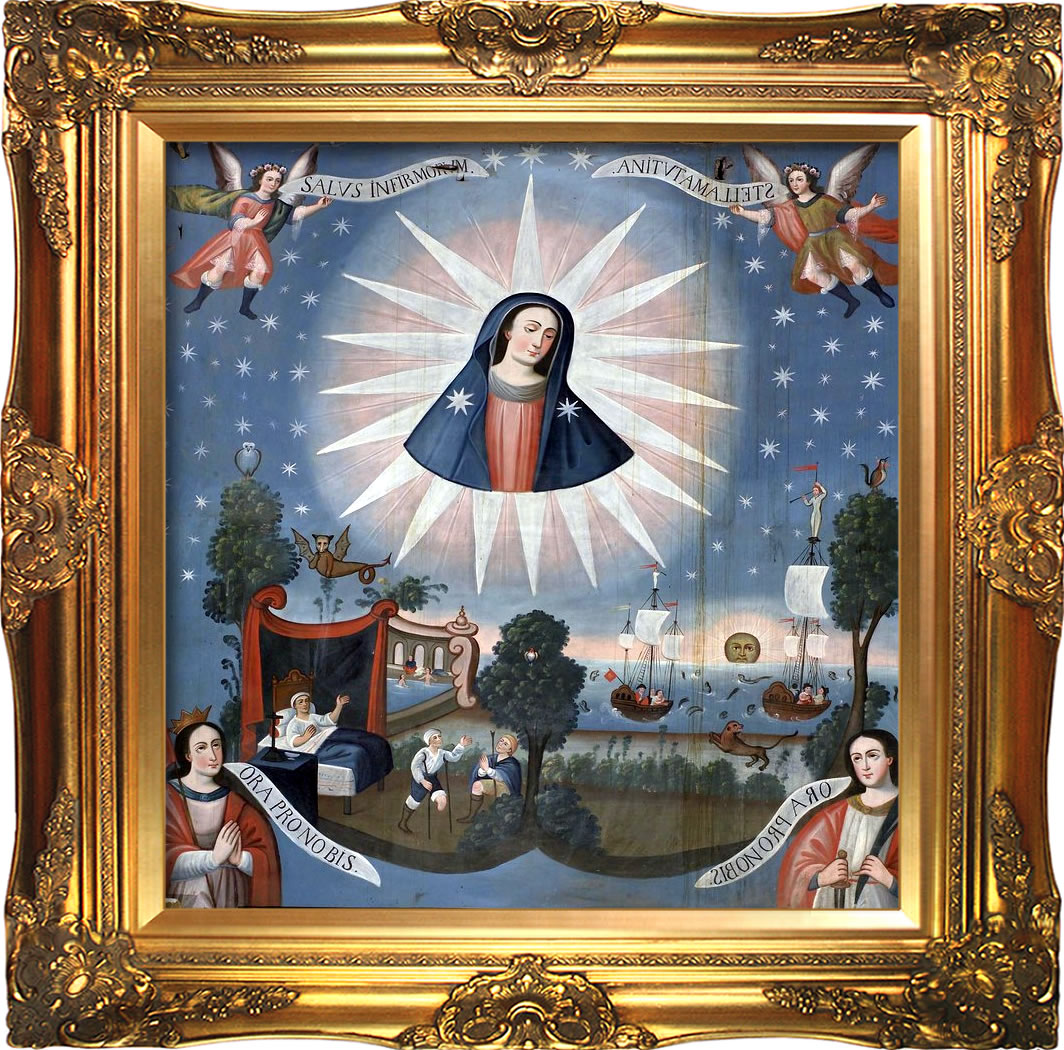 Early Christians have used heavenly objects as metaphors for some concepts. John the apostle, for example, uses the sun, moon, and stars to describe Mary as the new Ark of the Covenant in the Book of Revelation. We can find another example of this when we celebrate the feast of John the Baptist close to the Summer Solstice when the days begins to get shorter. This is because it is symbolic of John’s self-imposed decreasing role when he tells of Jesus: “He must increase, but I must decrease.”

God himself used cosmological symbolism for himself. Light, for example, was always a symbol of God in the Old Testament. When God made his covenant with Abraham, he appeared as a smoking firepot and flaming torch. In Exodus, it was from a burning bush that God revealed himself when he spoke to Moses. When the Israelites left Egypt, a pillar of fire guided and protected them during the night.  In the New Testament, the disciples of Jesus would have understood he claimed to be God when he said, “I am the light of the world.” This became so much a part of early Christianity so much that Jesus is referred to as the “morning star.” This is because one of the symbols of God is light – and the brightest light in the sky is the sun – the morning star.

Scripture also suggests this very passionately. Scholarly exegesis of Malachi’s “sun of justice,” and John’s “morning star” in Revelation point to Christ. It is so ingrained in Christianity that during Easter the Church praises Jesus when she sings the Easter Exultet: “May this flame be found still burning by the Morning Star: the one Morning Star who never sets, Christ your Son, who, coming back from death’s domain, has shed his peaceful light on humanity, and lives and reigns forever and ever. Amen.”

Because Jesus emptied himself on the cross, the star is a very appropriate symbol for his self-emptying because a star gives off everything until it collapses and dies. It is the opposite of a black-hole, which absorbs everything so that not even light escapes.

Another thing that helped Christians use the sun as a metaphor for Jesus is that it rises in the east. To first-century Jews, the east was a special place for this is where they expected the Messiah to come from. This is drawn from Ezekiel when he prophesied: “and there was the glory of the God of Israel coming from the east!” For this reason, altars faced east, and catechumens face east during their baptism.

While Jesus is the sun, for Mary, the title Morning Star refers to Venus when it appears in the east just before the sun rises. The order in which the Morning Star appears before the sun is also symbolic because Mary came first before Jesus. Tertullian observed that Adam came first and then Eve followed after she was formed from his side. So, in God’s poetic redemptive plan to reverse this and its effects, Tertullian said, it should be only right that the new Adam comes from the new Eve. With this same rationale, he continues, it should be a woman who should usher in the man who would bring salvation.

The coming of Mary prepares to light up the world by declaring that the day of salvation has come. It precedes the coming of Jesus who is to bring the light of redemption upon us. There is a hymn called the Akathistos to the Mother of God that is said or preferably sung while standing. In Oikos 5 it refers to Mary as the Mother of the Unsetting Star.

The Morning Star should serve as a reminder that God did not abandon us even after the fall. He didn’t disown us in repugnance even if original sin disfigured us so much that we no longer look like children in his image. Instead, he planned our salvation and in that plan the role of Mary was a crucial part. It was divinely preordained so that Mary had to enter into this world first so that she could bring Christ into it too.

The shimmering light of venus that announces the coming of the sun gives us a visual image of what kind of light Our Lady is to the darkened human state prior to Christ’s Incarnation. Before the light of Christ brightened this world, her spark – a smaller reflected light – signaled his arrival. Mary then is like Venus whose appearance ushers in the sun, the light of the world, Jesus Christ. She is the New Eve whom God chose to bring us the New Adam. Truly, salvation history is a poetic masterpiece.

Jesus Liturgy Mary Original Sin Typology
Share this Post:
Previous Article
The Most Holy Name of Mary
Next Article
Why the Assumption is Important