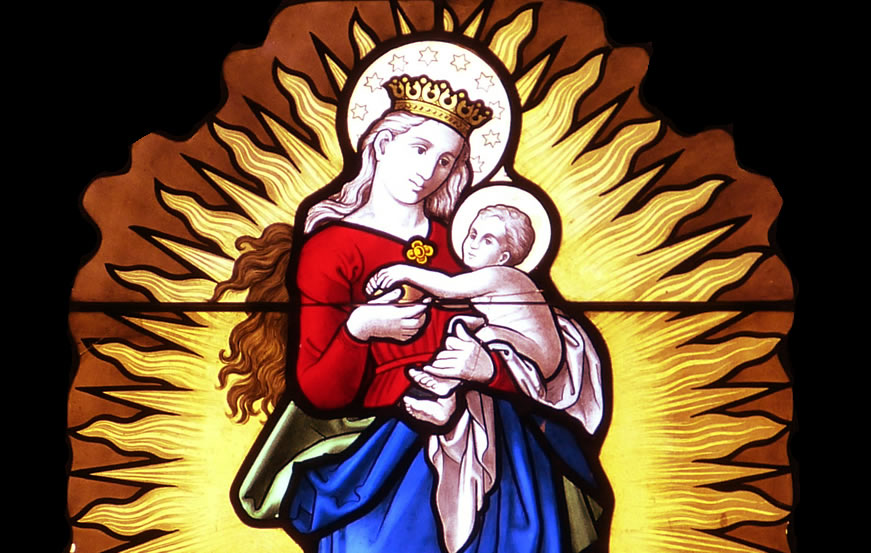 The early Christians called Mary by two names: Mother of God, and The Helper. The oldest documented prayer to Mary is called the Sub Tuum Praesidium that invokes her in our physical and spiritual battles. It seems to be the prayer where we get the Memorare today. From this, we can intuit that Mary has been seen as a helper of her son’s flock.

One famous instance of Mary helping Christians was during the struggle against Muslim invaders in the 1500s. During that time, the Ottoman Empire had already occupied southeastern Europe, western Asia, and Northern Africa – and it aggressively fought its way to take Western Europe.

Pope Pius V was alerted of a plan that Ottoman Turks were going to stage a naval attack from Lepanto and sail to Italy. The pope assembled Christian armies called the Holy League composed of Austria, Spain, Venice, Papal States, Genoa, Savoy, Urbino, Tuscany, the Knights Hospitaller, and other smaller groups. They formed a fleet that sailed eastward, while the pope invoked Mary, the Help of Christians, to defend the kingdom of her son.

The Holy League met the Ottoman fleet at the Gulf of Patras. There the naval combat raged throughout the day with the Christians winning the melees. Smaller and isolated fighting raged throughout the night, but it was already clear that the Christians were going to emerge victorious. This triumph was important because it devastated the Ottoman navy to a point it halted any Ottoman military expansion into Western Europe.

Around two centuries later, Mary was to play a role in another “invasion.” Napoleon took over France and unsatisfied with his power, wanted to use religion to command the obedience of those who struggle against him. Pope Pius VII was against this idea so Napoleon had him kidnapped. The pope was dragged away over the Alps and treated so badly that his bowels were blocked, he couldn’t urinate, and he developed a high fever. A doctor, who inspected him upon arriving in Lyon, thought it was a miracle that he was even alive.

The pope was kept for over five years where he was subjected to trials and humiliation in the hope that he would bend to Napoleon’s will. There are stories that narrate how the pope was injected with morphine to break his will, but nothing could make him bow to Napoleon’s nefarious plans.

In the Battle of Leipzig, a coalition of armies from Russia, Prussia, Austria, and Sweden defeated the army of Napoleon. Subsequently, the pope was released and was seen as a hero of the Faith for having resisted the cruel attempts to make him succumb to a secular power. The pope attributed the victory to Mary’s intercession and visited the sanctuaries of Our Lady where he crowned her images. When Napoleon was finally conquered in Waterloo, the pope gave thanks to God and Mary by declaring May 24 as the Feast of Our Lady, Help of Christians.

The Old Testament is replete with heroines who stand up and make a decisive blow to the enemy of God’s people. Jael and Judith are two of these; they crushed the head of Sisera and Holofernes – leaders of armies sent to invade Israel. They foreshadow Mary, the heroine of the New Testament who is a warrior queen who, until today, fights against those who want to harm her son and his kingdom.

Church Mary Typology
Share this Post:
Previous Article
Lessons from the Visitation
Next Article
Mary as the Tower of Ivory on Black Saturday