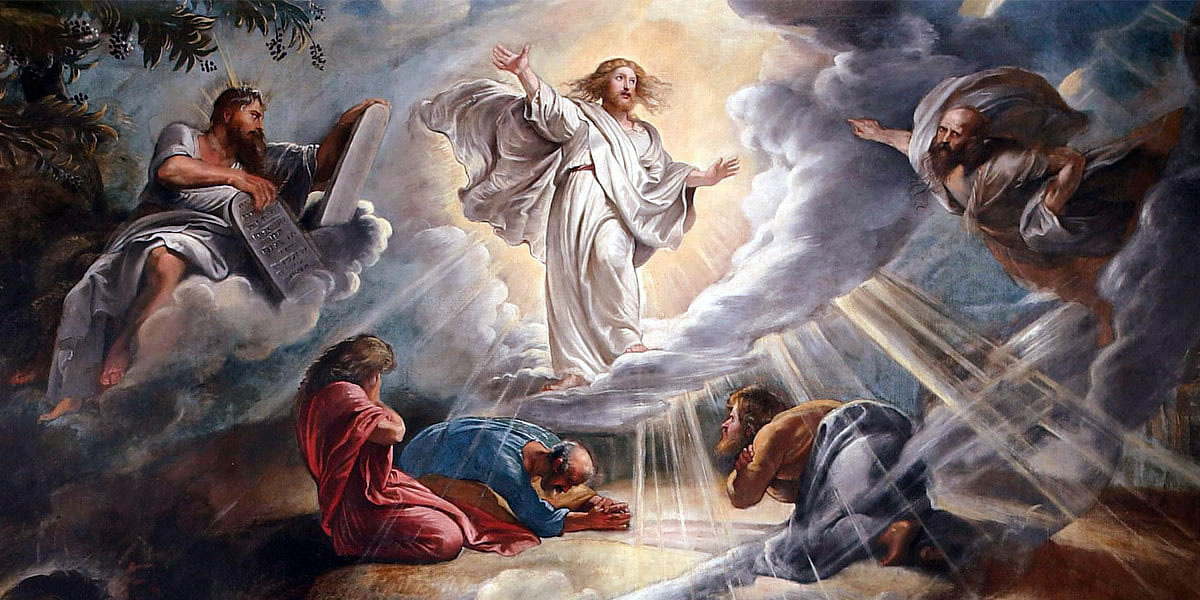 We probably know the story of the Transfiguration because it is one of the mysteries of the rosary, and it is one of the highlighted events in Christ’s life. Two things make it even more meaningful when looking at Moses, a type of Christ, and when we understand the word “fuller” in the Gospel of Mark (which is the Gospel reading for the Feast of the Transfiguration in the lectionary.)

In the Old Testament, Moses went to the tent of meeting, and after talking to God, he would have to cover his face because it was so shiny that it distracted the Israelites. This description in the Bible is why he has two beams of bright light coming from his head in older paintings or illustrations of Moses. (We can see it in the painting here by Reubens.)

When Christ’s body became dazzling white, it should have reminded Peter, James, and John of Moses because the effect of someone who converses with God is to “shine.” The Gospel of Luke states that Christ went up the mountain to pray, and his appearance changed while he was praying. Jesus, then, is the New Moses:  as Moses gave us God’s commandments, Jesus (being God himself) also gives us new commandments to perfect the old ones.

The one curious word that we no longer understand today is the word “fuller.” It is such a shame we don’t understand this because it purposely helps us know the identity of Christ. The Gospel of Mark says, “… and his clothes became dazzling white, such as no fuller on earth could bleach them.” We understand the idea from context even if we don’t know what a fuller is. But knowing what it means opens up another layer of meaning.

A fuller is a person. When wool is removed from a lamb, it can be sold straight away. However, the value of wool increases when it is cleaned of impurities. The wool becomes whiter and fluffier after the process of cleaning it. In a way, it is more “acceptable” to someone who wants to buy it. A fuller is a man whose job is to clean the wool. So, when Mark says that no fuller on earth could bleach Christ’s clothes, he says that Christ’s clothes are like wool with no stain. It is unblemished!

The importance of the idea of a “fuller” opens a new layer of meaning because wool covers a lamb just as Christ’s clothes cover the Lamb of God, who is unblemished and acceptable as a sacrifice to the Father.

The Transfiguration, then, helps us understand the identity of Christ. He is the New Moses, and he is the Lamb of God.

Jesus Typology
Share this Post:
Previous Article
Do you know what Christ meant when he said, "I am the light of the world?"
Next Article
Catholicism: where second place is also first place.