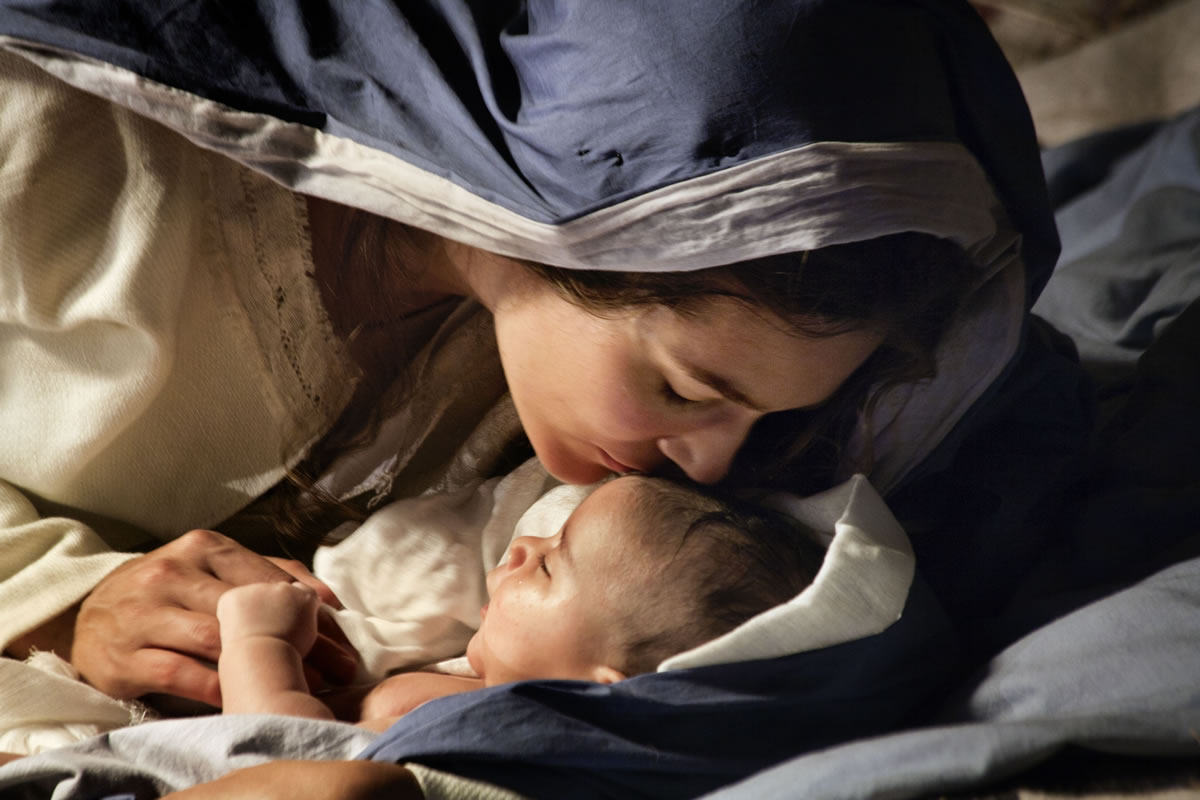 In our celebration of the Solemnity of the Mother of God, we declare Mary as Theotokos – the “God-Bearer.” It is not so much for Mary’s sake that we proclaim this, but to protect the identity of Christ. Here’s how we defend it.

Jesus is both human and divine. As such, he has two will – one human, and one divine – that are constantly in communication with one another. In the study of Christ, this is called, Communicatio Idiomatum – the “communication of properties.” Although Christ has two wills, the divine will always work through the human will.

If it seems we are talking about two persons, that is incorrect. There is only one person. A person is an identity. When we ask Christ, “who are you,” we are asking his identity. The correct answer is he is the Second Person of the Trinity. A person also has a nature. When we ask Christ, “what are you?” the correct answer is that he is human, and he is divine. So Jesus is one person, the Second Person of the Trinity, but who has two natures. How can we say that?

You can see how the Church had to hammer out the true identity of Christ by knocking down heresies, one of which was to call Mary, “Mother of Christ” but not, “Mother of God.” This, they claim, is because Mary did not give Christ his divinity. Therefore, she is just the mother of Christ’s humanity. But that is to misunderstand motherhood. Mothers DO NOT give birth to natures or component parts!

When a child is conceived, a father and mother contribute to the body, but it is God who provides the spirit so that the body is given life. But when the child is born, we don’t say that the mother is the mother only to the body of the child. No, a mother is a mother to her child – body, spirit, and nature. That is because mothers do not give birth to component parts but to whole persons. Regardless of who contributed the parts or the natures, she is mother of the person to whom she gave birth. In the same way, Mary did not give birth to the human nature of Jesus, but to the whole person – body, soul, human nature, and divine nature.

Here is the point that heretics miss: the title “Mother of God” is not so much a statement about Mary’s identity but of her son’s. It does not elevate Mary to goddess status. It is not meant to indicate she came before God. The title, in its sheer simplicity, states what it is we believe – that Jesus is God.

Another title we give Mary is “Destroyer of Heresies.” We can see why. The title attributed to her, “Mother of God,” safeguards our idea of her son’s humanity and divinity. Even as a title, she defends the identity of her son. What a mother!

Doctrine Jesus Mary
Share this Post:
Previous Article
The Custom of Chalking Doors
Next Article
Lessons from the Visit of the Magi