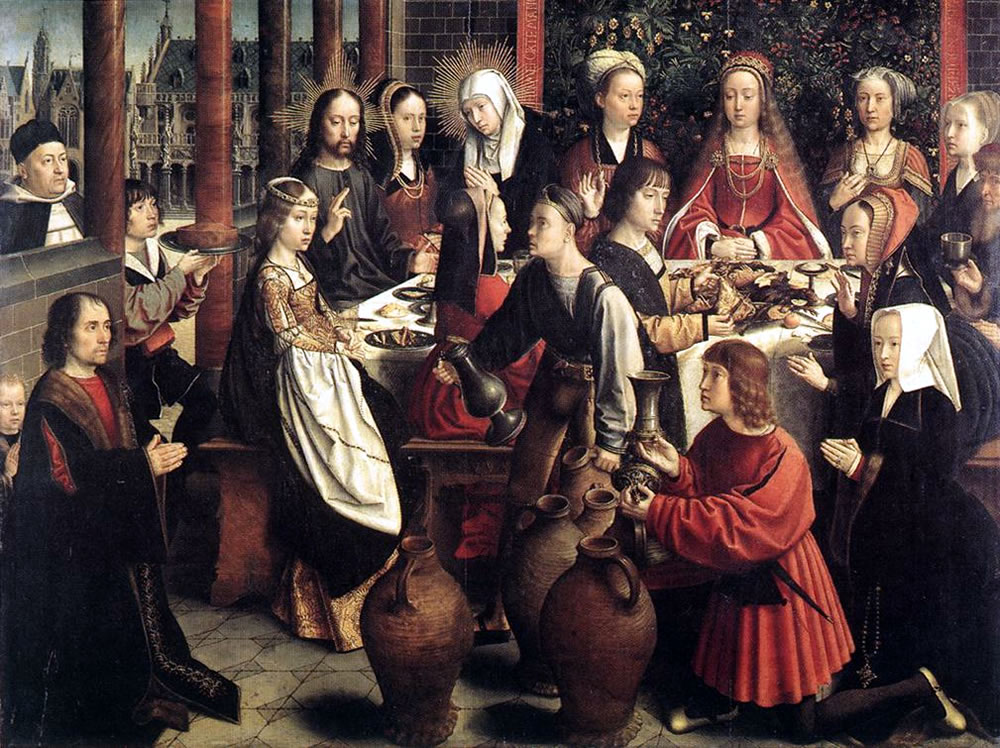 On October 16, 2002, Saint Pope St. John Paul II shared with the faithful his apostolic letter entitled Rosarium Virginis Mariae (The Rosary of the Virgin Mary). In that letter, the word “contemplate” appears sixty-seven times. The way he uses the word does not mean infused contemplation, which is something that cannot be produced, but “to think about,” or “to reflect on.” He encourages us to ponder on the mysteries because, as he explains:

To recite the rosary is nothing than to immerse oneself in the contemplation, with Mary, the face of Christ. Without this contemplative dimension, it would lose its meaning.

He isn’t the first pope to suggest this. In the Apostolic Exhortation Marialis Cultus, Pope Paul VI warned that:

Without contemplation, the rosary is a body without a soul, and its recitation runs the risk of becoming a mechanical repetition of formulas…

Both popes then, one of whom is a saint, urge us to pray the rosary by emphasizing the contemplation more than the vocal prayers.

This might come as a shock to most of us who have been taught to concentrate on every word that is being said. It might also seem odd to think about something while saying the rosary because praying vocally and reflecting on something else does not instinctively go together. But, that is exactly what is being advocated. Blessed Archbishop Fulton Sheen, whose cause for sainthood has been revived, has this to say about the rosary:

It is a prayer that has a beautiful combination. I don’t think there is any prayer in the world that has the combination of the rosary. First of all, it is vocal: we say some prayers with our lips. Secondly, it’s mental because as we say, for example, the Hail Mary, [but] we are not so much concentrating on the Hail Mary; we are thinking about the mystery.

It is very much as if we were in a theater, and there’s beautiful music in [the] back of a speaking voice. Now the speaking voice is the Hail Mary; the music behind it is the meditation.

Then in addition to the mental of the prayer (the thought) and the vocal (the prayer itself), there is the physical – the movement of the fingers over the beads.

Similarly, the popular and YouTube sensation, Bishop Barron, explains that vocal prayer is meant to slow us down, and the repetitive prayers of the rosary are meant to bring us to a meditative state. Adding to that, Pope Benedict XVI also said:

…repetition is a way of settling oneself into the rhythm of tranquility. It’s not so much a matter of consciously concentrating on the meaning of each single word, but allowing myself on the contrary to be carried away by the calm repetition and of steady rhythm. So much more so, since this text does not lack content. It brings great images and visions and above all the figure of Mary – and then, through her, the figure of Jesus – before my eyes and in my soul.

If we are to imitate these saints and theological giants in the way they pray the rosary, we would do three things at the same time: pray vocally, use the beads as a counter (to know when to say the Our Father, Hail Mary, and Glory Be), and reflect on the current mystery we are praying.

It may take time to learn to pray the rosary this way, but nothing is easy at first. Here are some suggestions on how to do this.

Persevere. Don’t get discouraged if you get distracted or forget to ponder on the mysteries. The important thing is to pray the rosary with perseverance. Never give in to the temptation thinking you are not good at it. You are not alone because we all struggle in prayer. Instead, ask your guardian angel to help you pray, or even better, to join you. He will help you keep focused and in the proper mindset of prayer. Don’t stop praying the rosary for its heartbeat is the phrase “blessed is the fruit of your womb, Jesus.” Let it beat with yours in praise for God.

If you want to listen to a talk on How to Contemplate the Mysteries of the Rosary, kindly add your contact information to our mailing list at and we will inform you if a speaker is available in your general area.
BOOK BY THE AUTHOR