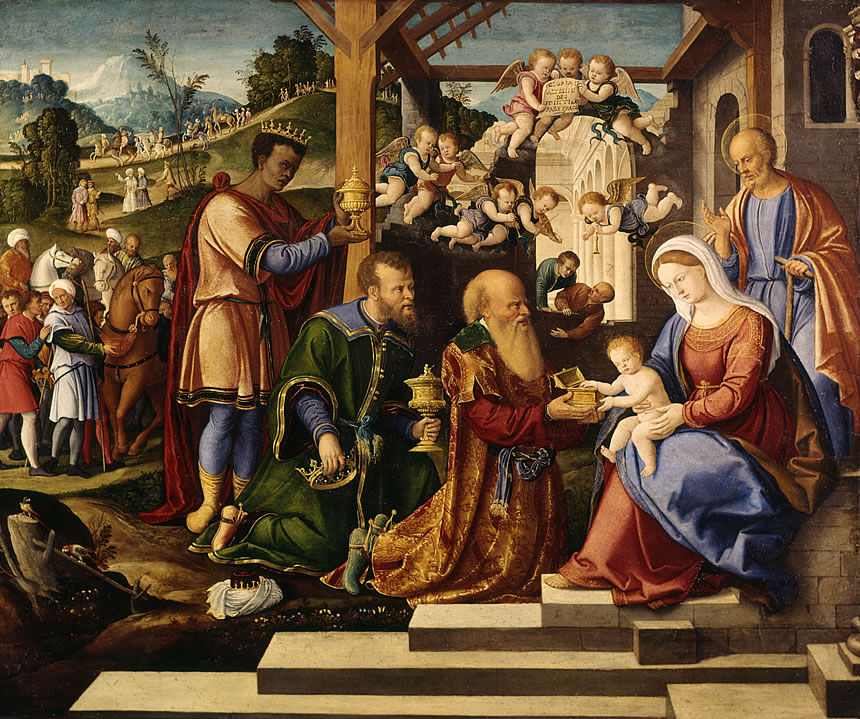 In Part 1, we gained some insight into the events that happened in the first Christmas, especially to Joseph and Mary. In this second part, we will continue to pry open Scripture and find meaning into the message that gospel writers want to convey.

The Visit of the Magi

Again, the Gospel of Luke points us to the direction that salvation is not just for the Jews. He does this by telling us that God announced the birth of the Messiah to magi. We should not overlook that magi were scoundrels who practiced evil things. So just like the shepherds, the only two groups of people who received an announcement were outcasts, and this alludes that even outsiders (from the Jewish religion) are invited to be saved.

Scholars of Scripture have put the timeline of the visit of the Magi sometime after the circumcision and the Presentation in the Temple. They did not visit on Christmas night. That is because the Gospel of Matthew tells us that when they found Jesus he was alone with Mary when they entered the “house”, and the Greek word used to describe Jesus is no longer a child but a “toddler.”  So with these two pieces of information, scholars think that the census was already over and the Holy Family was able to move into a house.

We are also told that the magi brought three gifts: gold, frankincense and myrrh, after they “worshipped” the child – something that is only reserved for divine kings. These gifts were not very practical for the Holy Family, but in fact were symbolic. St. Irenaeus explains that gold was a symbol of Christ’s kingship, frankincense a symbol of his priesthood, and myrrh a symbol of his humanity for it shall be used as a burial ointment. The theologian, Dr. Scott Hahn, likes to tell us that these were also used in the work of the magi, thus it was symbolic of offering their work – something that subjects do only for a king.

The interesting thing that another theologian, by the name of Frank J. Sheed, points out is that Saint Joseph is missing in this particular scene. He says that failure to mention the father of a family is insulting (especially in Jewish tradition), and therefore the only conclusion that can be derived is that St. Joseph was not there.

So where was he? We are meant to reflect that the Holy Family was not a miraculous family where God showered down money on them. They were a poor family. In fact, St. Joseph was not there because he was probably peddling his services or working on a job. We have to remember that the members of the Holy Family are just visitors in Bethlehem. They do not have a permanent residence there, and so Joseph had to find work to pay rent and purchase food and drink. Being visitors, he did not have a shop where people could find him to fix their doors, windows, etc. He must have gone out knocking door-to-door offering his carpentry skills.  And so we must realize that just because God calls us to do something for him, he will not miraculously give us the means to do it. It is still through our efforts that we do what we were bade to do.

The Flight into Egypt

The scheming King Herod finds out that the magi are no longer coming back to tell him where the child king is and incites him a murderous rage. In a dream St. Joseph is warned to flee to Egypt, and in the middle of the night they abandon their comfortable dwelling and leave Bethlehem.

Meanwhile, children in Bethlehem are massacred. Thinking that Jesus must have died in the massacre, Herod no longer pursued him. Thus, we can say the Holy Innocents hold the sole and esteemed honor of having died to save Christ. It is an episode that is not very pleasant at all. The wailing of the mothers is expressed in a premonition of the prophet Jeremiah:

A voice was heard in Rama, sobbing and loud lamentation; Rachel weeping for her children, and she would not be consoled, since they were not more. Jeremiah 31:15

This quote is about Jacob’s wife, Rachel, who is weeping in Jerusalem because her children were taken into exile at the time of the Assyrian invasion. Ramah is some 9.6 kilometers (six miles) from Jerusalem, and the point is that her weeping is so loud that it can be heard at a great distance.

So much for the cozy Christmas story – this just reveals to us that God did not give Joseph and Mary a master plan that they could consult for guidance. They had to discern what they had to do at certain steps of the way.  And some steps were not comfortable at all. Just like the star that appeared every once in a while to guide the magi, they felt happy whenever God guided them. But most of the time, they had to trust him. That, we should see, is the story of Joseph and Mary – that their lives were not really theirs. They were willing instruments in God’s plan, as we should be. We may not know what is in store for us, but we must trust that it is all in God’s plan, and all we have to do is cooperate by playing our role.

How do we know our role? That’s easy. It is where we are now. It is in the place we work. It is in the situations we find ourselves in. How do we get guidance? That’s easy, too: we need to communicate with God through prayer. How can we hear him if we are not poised for listening? Joseph and went through a difficult first Christmas, and they were chosen by God: why should we expect anything more?

Jesus Scripture
Share this Post:
Previous Article
A Sky Full of Stars: Know Our Lady through her titles in the Litany
Next Article
Christmas In-between the Lines - Part 1