The Spurious Prophecies of St. Malachy 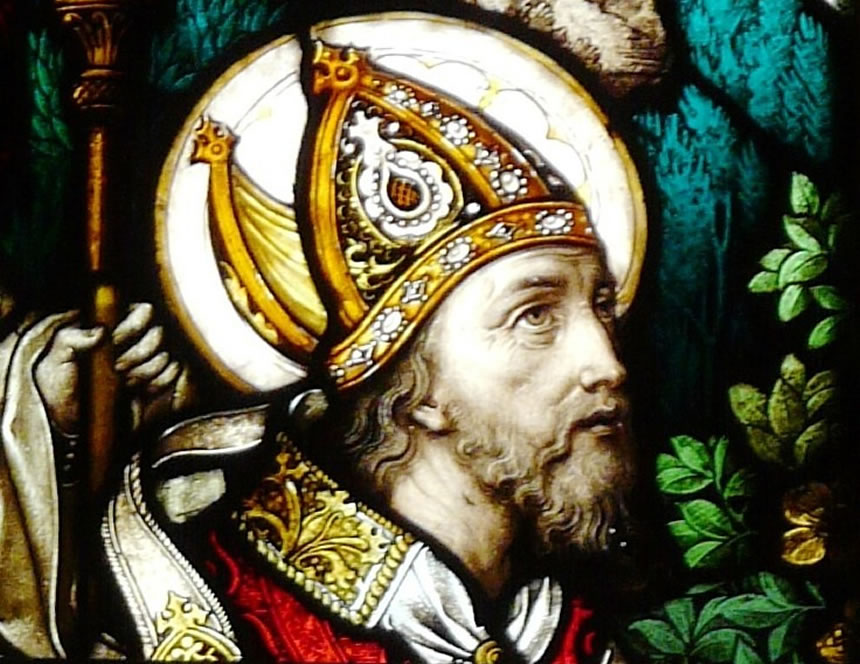 A few months before writing this, the prophecies of St. Malachy have taken the limelight. It is believed that he wrote down short descriptions of each of the popes and that each description has fit exactly, thus making it worthy of belief. What makes the “prophecy” take center-stage is that we have come to the bottom of the list – to the last pope – and after it is written, “The End.” To some, it is synonymous to end of the world.

If you search through the internet and YouTube, you will see articles and videos about the end times. Some even have made the conclusion, based on the list of St. Malachy, that Pope Francis is the antichrist, or an antipope, or someone who will give way to the antichrist or the Beast of the Apocalypse.

I’ve even seen a television feature describing how the Vatican is ready to receive an extraterrestrial in belief that it is Jesus who has returned (and, therefore, implying that Jesus was an alien when He first came.) What? And all this based on the prophecy of St. Malachy inferring that Pope Francis, who is the last Pope on the list, will lead us to this abomination?

Sadly the internet is full of garbage. Anyone can publish on the web because it is easy and free. So, unlike before when people had to actually research before they shelled out money to print, online articles nowadays are not quite factual. So let us bring facts into the case of the St. Malachy prophecies once and for all.

The truth about the prophecies

Saint Malachy was born in 1094 in Armagh, a diocese in Ireland founded by St. Patrick himself. The saint’s baptized name is Maelmhaedohoc and was Latinized into Malachy. He was ordained into the priesthood by St. Celsus in 1199, and eventually appointed Archbishop of Armagh in 1132.

St. Bernard, who knew St. Malachy personally, wrote that Malachy restored the discipline of the church which was becoming lax in those days. In early 1139, St. Malachy was asked by Pope Innocent II to go to Rome to receive two palliums (symbols of authority and Papal favor) which would allow St. Malachy to oversee Armagh and Cashel.  St. Malachy journeyed to Rome through Scotland, England, and France.  He received the palliums and was appointed legate of Ireland and created the Abbey of Mellifont.

On his second trip to Rome, St. Malachy became sick and died in the arms of St. Bernard on 2 November 1142. He was said to perform many miracles and was endowed with the gift of prophecy. He was canonized by Pope Clement III on 6 July 1199.

The legend of the prophecies is a separate story and goes like this. According to a manuscript by Abbe Cucherat, which was written in 1871, during St. Malachy’s first visit to Rome, he received visions of future popes which recorded as cryptic Latin phrases. The list starts with Pope Celestine II and continues with 112 popes.

Legend is that the list St. Malachy made was kept in the Vatican Archives and forgotten until it was rediscovered in 1590 – which coincided with an ongoing Papal Conclave. Then in 1595 a Benedictine Monk, by the name of Arnold de Wyon, published the list because he said not many people know about it.

Benito Jeronimo Feijoo y Montenegero, a Spanish monk, and scholar, wrote in his Teatro Critico Universal, that all the cryptic phrases about the popes in the list are so accurate from Celestine II all the way to Urban VII who died in 1590 – the year the list “resurfaced.” Feijoo continues to say that after 1590, the phrases are no longer accurate. In fact, it is difficult to make sense in a lot of them when matched with the corresponding popes they were suppose to describe.

Feijoo said that the list “discovered” in 1590 matches accurately with a book entitled Brief History of the Roman Pontiffs written by Onofrio Panvinio in 1557. It matches so perfectly that even the errors of Panvinio were replicated in the prophetic list. Feijoo concluded that both the inaccuracy of the list after the publication and the mistakes replicated in the book of Panvinio means that the list could have only been patterned after the book and thus can only have been made after 1557.

There is no documentary evidence of who actually “rediscovered” the prophetic list from the Vatican Archives. The only historical fact is that Pope Urban VII died, a Papal Conclave was convened in 1590, and the purported list was “rediscovered” when cardinals gathered in Rome to elect a pope.

A 17th-century French priest by the name of Louis Moreri, who was an encyclopaedist (i.e. Compiles information,) theorized that the list was spread by supporters of Cardinal Girolamo Simoncelli who at that time was part of the Papal Conclave of 1590. In the purported prophecies, the pope to succeed Urban VII was given the phrase, Ex antiquaitate Urbis which translates from the old city. Since Simoncelli was from Orvieto, which in Latin is Urbevetanum or old city, the prophecy seemd to point to him. Moreri alludes that the supporters of Simoncelli created the prophetic list then claimed to find it in an attempt to establish that Simoncelli was divinely ordained to be pope. History shows that Simoncelli was not elected, but Niccolo Sfondrati who chose the name Pope Gregory XIV. The attempt to link from the old city to Pope Gregory XIV was ridiculously arduous at best.

Saint Bernard, who was very close to St. Malachy, wrote a biography on him but doesn’t mention these prophecies at all. Not even a hint. In fact from 1139 when the list was supposed to have been made, to 1590 when it was purported to have been found in the Vatican Archives, there is no manuscript or writing about these alleged prophecies by anyone nor by any author who wrote about the popes. It was only in 1595 when Wyon published the list that it crept into history.

The prophecies were pronounced a forgery by Fr. Menestrier in the 17th century, and by J.J. Delaney in his Pocket Dictionary of the Saints in 1983. More recently Jimmy Akin, a respected author on Church Teaching, investigated the list. He says he cannot find anywhere that the Magisterium had ever endorsed it. He says this puts it in a “reported but unapproved” private revelation category. After doing a study on the accuracy of the list, he says before 1590 there are 95% hits, 0% misses, and 5% vagues. After 1590, there are 8% hits, 41% misses, and 51% vagues. This is exactly what Feijoo said.

We just can’t make an inference based on writings that aren’t accurate, nor whose origins can’t be authenticated. Therefore, I apologize to the end-timers who use the St. Malachy prophecies as their basis, because making these prophecies as the source for any conclusion is just not sensible.

We, therefore, can neither conclude that Pope Francis is the antichrist, nor the Pope who will allow any sort of abomination (like the reduction of the Eucharist to a commemoration, as others claim.) We can neither conclude that he will receive an alien who he believes is Jesus Christ – which is blasphemy because we believe Jesus is God and we can’t have an alien for a God. The Catholic Church is Apostolic which means we rely on what was taught to us by the Apostles. An extraterrestrial Jesus was never taught to us by the Apostles, so that will never be part of authentic Church teaching.

We must trust that the Church, lead by the Pope, cannot err in these circumstances. Jesus himself promised it when he told Peter:

And so I say to you, you are Peter, and upon this rock I will build my church, and the gates of the netherworld shall not prevail against it.Matthew 16:18

Either we believe Jesus is God and he speaks the truth in his promise that error cannot enter the Church he Himself founded, or that he is a liar. As Catholics, we continue to rely on this promise. We believe in the accuracy of doctrine that The Church has taught, is teaching, and will teach until Christ’s return (and no, not as an alien.)

Keeping busy until his return

When Jesus went up with Peter, James, and John to Mount Tabor, Moses and Elijah appeared. Peter wanted to build tents because they felt good there and wanted to prolong the event. But after the transfiguration, we read that Jesus lead them down the mountain and immediately Jesus heals a boy with a demon. (Matthew 17:1-20) Also, when Jesus ascended, the apostles were looking intently at the sky as He was going, suddenly two men dressed in white garments stood beside them.They said, “Men of Galilee, why are you standing there looking at the sky? This Jesus who has been taken up from you into heaven will return in the same way as you have seen him going into heaven.” Then they returned to Jerusalem...(Acts 1:6-12). In both cases the apostles are snapped back into reality that work has to be done. Their work, our work, is not to feel good nor to wait for Christ’s return. While it is good to feel good, and it is good to prepare for Our Savior’s return, work has to be done. It is not our place nor our job to calculate when He will return, as Jesus Himself said

But of that day or hour, no one knows, neither the angels in heaven, nor the Son, but only the Father. Mark 13:32

So, peace be with us. There is no need to join the end-time anxiety corps. The end will come, but no one knows when. Meanwhile, let us continue to pray for The Church, and the pope, for each other, and for our departed loved ones. Let us continue to spread the Gospel. Let’s continue to do our work well. That’s what Catholics do; we do not speculate on end-time dates.

How Reliable is the St. Malachy Prophecy?, Jimmy Akin

St. Malachy list of Popes, their cryptic phrases, and their explanations