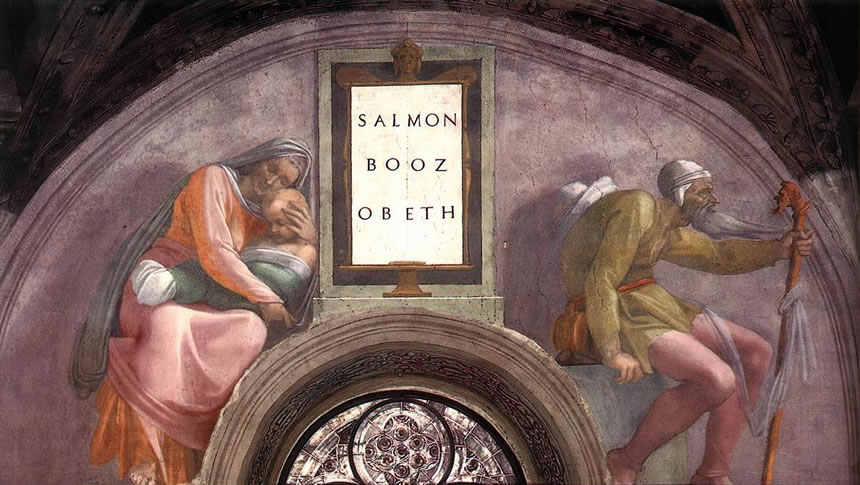 The Church Fathers saw the blood and water that came out from the side of Christ as the formation of the Church, the bride of Christ. This is because in Genesis, God put Adam into a deep sleep, opened his side and from a rib formed Eve. The next verse alludes that they are husband and wife because it explains why “a man leaves his father and mother and clings to his wife, and the two of them become one flesh.”1

On Calvary, Christ becomes a New Adam who closed his eyes in death, and opened his eyes when he resurrected – as if in a deep sleep. In between that, a soldier pierced his side (in his rib cage, scholars of the Sacred Shroud tell us) with a lance. From that wound came out the Bride of Christ, the Church.

Christ himself calls himself a bridegroom when disciples of John were asking why his (Christ’s) disciples were not fasting. Jesus said, “how can the guests fast when the bridegroom is still with them.”2 First century Jews would have understood that Christ was claiming to be divine because God always presented himself as a bridegroom to his bride, Israel.

In the story, Naomi and her daughter-in-law, Ruth, are widows. During that time, when mostly men did business, it was almost sure financial ruin would befall women who lost their husbands. It was like a death-sentence if money ran out for how would they buy food to survive.

Both women went to Bethlehem where Ruth worked in a grain field and met Boaz who happened to be a relative of Naomi. Understanding her situation, Boaz felt compassion for her and presented himself as a husband redeemer. During that time, the title of husband redeemer meant a man could put someone under his care, consequently acquiring all her land and debt. Long story short, Boaz married Ruth, took over the property of Naomi and paid her debts. The way Boaz saved them from a doomed life by becoming the bridegroom of Ruth, Christ does the same for us by becoming the bridegroom of his Church.

The wages of sin is death, and so we must pay with our deaths. But, as a husband redeemer, Christ died to pay for it so we don’t have to.

We don’t deserve it. God did not have to do it for he owes us nothing. The only thing we can do is be thankful for it. Thanking him in our private prayers is good, but we can also thank him collectively in the mass. It is, after all, the Eucharist, which means thanksgiving. It is the perfect way of giving thanks to the Father as we join ourselves with Christ in his sacrifice.